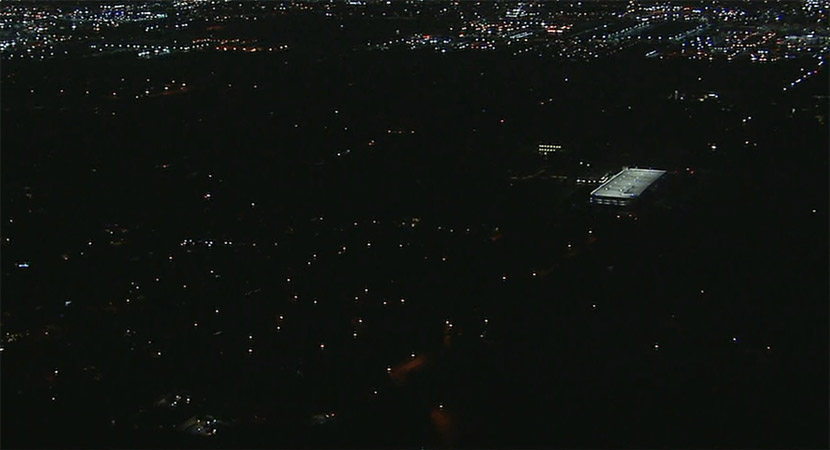 Hurricane Ida weakened to a tropical storm Monday after hitting the Louisiana coast as one of the strongest storms to make landfall in the region, cutting off power to more than a million homes, including the entire city of New Orleans. , and causing one death.

The powerful weather system continued to pose a danger to several states as it moved inland, and was expected to trigger major search and rescue operations.

However, citizens found that to further complicate the situation, helplines from 911 were inoperable for the Southeast Louisiana area, including the more populous counties of Orleans and Jefferson.

At least one person, a 60-year-old man, died in Ascension Parish, south of Baton Rouge, after a tree fell on his home, authorities said.

The governor of Louisiana, John Bel Edwards, warned yesterday that the number of fatalities “will increase considerably,” the AFP agency reported.

“The biggest concern is that we are still conducting searches and rescues and we have people all over southeastern Louisiana who are in difficult places,” Edwards told the Today program, adding that “the damage is really catastrophic.”

Electric utilities reported that just over a million homes and businesses were without power in Louisiana and another 100,000 in Mississippi.

The company indicated that “it will probably take several days to determine the extent of the damage to our power grid in the New Orleans metropolitan area and much longer to restore power transmission to the region.”

The National Hurricane Center reported that rain and storm surge have “caused catastrophic impacts along the southeastern coast of Louisiana.”

The American president, Joe Biden, approved the request of Louisiana to declare the state of “great federal disaster” in the territory.

The decision, CNN reported, makes federal funds available to the affected population in 25 counties, the White House reported in a statement.

“Assistance may include grants for temporary housing and home repairs, low-cost loans to cover uninsured property losses, and other programs to help individuals and entrepreneurs recover from the aftermath of the disaster,” explained a statement reproduced by the agency. ANSA.

More than 5,200 personnel from the Army, the federal emergency management agency and the National Guard were deployed to the southern states of Louisiana, Mississippi, Texas and Alabama to respond to the emergency, General Hank Taylor, a senior Pentagon official, told reporters.

The Center warned of dangerous storm surge and flash flooding in southeastern Louisiana and southern Mississippi after Ida made landfall as a Category 4 storm with 150-kilometer-per-hour winds.

Hurricane Ida made landfall on Sunday, the 16th anniversary of Hurricane Katrina, as a Category 4 storm near PortFourchon, Louisiana.

At 4 a.m. on Monday, Ida was moving with winds of 153 kilometers per hour, less violent than when it made landfall hours before Sunday, about 60 kilometers south of New Orleans.

The hurricane was preceded by strong winds and rain from the early hours of Sunday. Strong winds from the hurricane ripped roofs off buildings in New Orleans, scattered debris through the famous French Quarter, toppled large trees and caused flooding in Grand Isle, Louisiana.