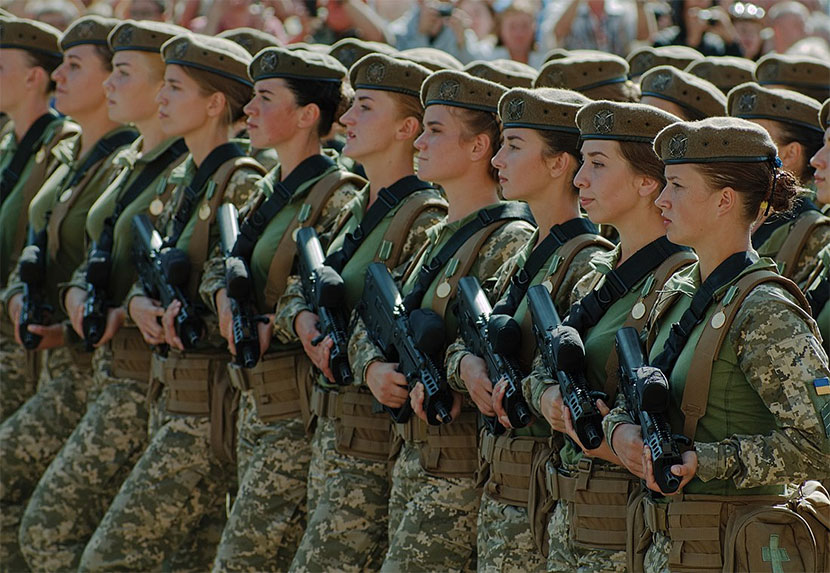 Ukraine is holding a superlative military parade in the middle of Kiev. President Volodimir Zelensky now wants to further upgrade the fleet.

Ukraine ended its multi-day celebrations for the country’s 30th Independence Day on Tuesday with a huge military parade on the Khreshchatik boulevard in the centre of Kiev . 5,000 soldiers marched through Kiev city centre with heavy equipment, drones, tanks, and missiles.

Planes from Ukraine, Slovakia, Great Britain, and Poland thundered over the skies of the capital. A large sea parade was held in Odessa. Independence Day was celebrated nationwide with 150 events.

Exactly at 10 a.m., President Volodimir Zelensky opened the military parade in the presence of ex-presidents Petro Poroshenko, Viktor Yushchenko, and Leonid Kuchma. The image of a strong Ukraine ran like a red thread through Zelensky’s speech. “We are a strong country that has a missile program for the next ten years, we are the first country in the world with an electronic passport,” said the President. Now it is a matter of working together to further strengthen Ukraine, to make it so strong that it will be supported by other states when it applies for membership in the European Union.

Also on Tuesday, the well-known portal lb.ua published an article by Selenski in which he announced further course-setting. It was wrongly assumed for a long time that Ukraine would not be threatened, said the president. Now it is important to do everything possible to ensure that Ukraine is prepared for all threats.

And there is progress. Ukraine has never been so close to NATO as it is these days. Thanks to military cooperation with Turkey, the USA , Great Britain and other members of NATO, the country’s defense capabilities were expanded in a way that was unthinkable in 2014. Now it is time to upgrade the Ukrainian fleet.

He also announced changes in foreign policy. It was wrong to focus only on Europe, the USA, Russia, China, and America. Now it is time to work on relations with Arab, Latin American, and African countries as well as Turkey, Japan, Canada, and India.

Ex-President Poroshenko also described his vision of a Ukraine that would be a member of the EU and NATO in lb.ua. In ten years he will sign his article on the 40th Independence Day with “Petro Poroshenko, Member of the European Parliament”.

At the same time, President Zelensky announced the introduction of a new holiday. The Ukrainian statehood will be commemorated on July 28th. July 28th is the day of the baptism of the Russians in Russia as well as in Ukraine.

For Selensky it is clear that Orthodox Christianity and the Old Slavic language have their cradle in Kiev. And the legal successor to the Old Slavic language, said Selenski at the military parade, is the Ukrainian language. With so much patriotism almost drowned, the authorities took another anti-government portal offline on the national holiday.