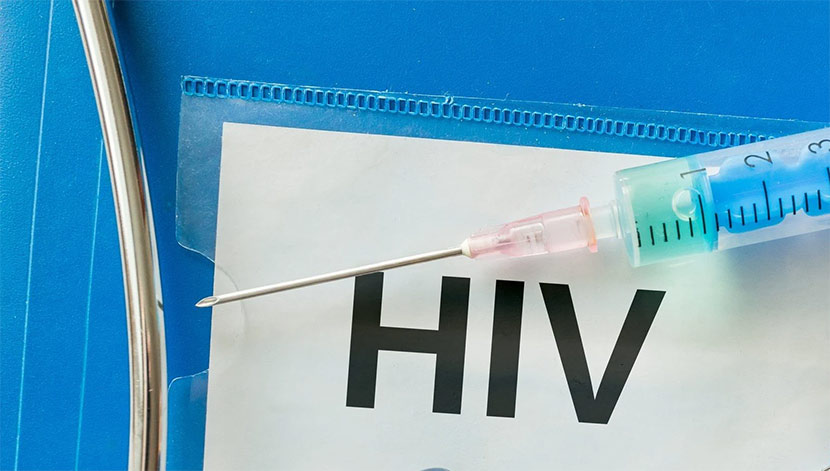 According to the specialists gathered at the XVIII Scientific Symposium of the Huerta Foundation, those who live with the virus will not have to take pills daily since the therapy is oriented towards a more spaced administration.

The future of treatments for people living with HIV, who currently have to take daily pills, is heading towards schemes with long-acting injections, a need that was more evident in the context of the Covid-19 pandemic, they assured this Monday international specialists at the opening of the XVIII Scientific Symposium of Fundación Hupedes.

“The Covid-19 pandemic has changed the way we provide treatment and all treatment has to be appropriate for the new post-Covid world,” said British doctor Chloe Orkin, member of the board of directors of the International AIDS Society.

The specialist assured that “there is a growing demand for long-acting treatments, the more spaced out the administration of the treatment, the greater the interest of the person” and in this sense, she asserted that “with or without Covid our paradigm of therapeutic treatment it is becoming long-acting. ‘

«If we think about the treatment goals for the next decade, what we want is to guarantee a good and full life through rapid and durable virological suppression, manage comorbidities, support mental health (including addictions), identify co-infections and other diseases, reduce stigma and facilitate life situations such as pregnancy, gender transition, transition to adolescence, etc, “he said.

“There is a growing demand for long-acting treatments, the more spaced the administration of the treatment, the greater the interest of the person.” CHLOE ORKIN

And in this way, long-acting treatments have “enormous advantages over daily orals.”

«For the first time we have guidelines on the use of injectable treatments with cabotegravir and rilpivirine that show the results of three trials (FLAIR, ATLAS and ATLAS 2M) that reached phase 3 where the non-inferiority of these treatments compared to the oral regimen was established », He described.

However, Orkin recalled that currently, the guidelines describe that this injectable combination can be used when “there is no drug resistance or previous failures, nor can it be used when there is active hepatitis B, pregnancy planning or drugs that have drug interactions.”

Among the advantages of these treatments, international evidence indicates that “it is beneficial for those patients who are tired of oral regimens, or who are concerned about publicizing or being stigmatized for receiving HIV medication or simply to improve quality of life”.

The doctor, who is also the former president of the British HIV Association and president-elect of the Federation of Medical Women, described during her presentation a series of studies with drugs for long-acting use that are in stages 1 and 2 of clinical trials ( with patients).

In envisioning what future treatments will look like, British physician Anton Pozniak, a consultant at Chelsea and Westminster Hospital and former head of the HIV research unit at King’s College London, agreed that ‘what we hope they are treatments with two injectable drugs (dual therapy), with the possibility that the patient can measure his viral load at home or in a pharmacy and in that way he can manage only with the disease.

In the same vein, the Argentinean infectologist Romina Quercia, who is currently the European Medical Director for HIV at the GlaxoSmithKline company, pointed out that “a year ago Pozniak spoke that an objective would be that injectable treatments can be applied and the patient comes to the office once or twice a year, and today we are already doing it.

“The issue – he continued – is that the implementation can be reached and that the patient can control the load level with an app for example; bright things are coming in the future, but basic research and implementation science must work together.

The researchers noted that there is also growing evidence on the efficacy of treatments with two drugs (instead of three as was the standard regimen until a few years ago) and provide details on the new treatments based on monoclonal antibodies.

“We are at a very exciting time with long-acting treatments, there are researchers trying to develop HIV vaccines, we have new treatments, and we are looking to move from treatment to cure,” Orkin said.

And he continued: «Along that path, all these drugs are the bridge and today we are being able to achieve that patients have a life expectancy like people who do not have the virus; then you have to avoid sacrificing patients in the search for a cure.

He also indicated that “it is also important to show that there are groups that are not represented in clinical trials; In recent years, the average age of people who participate in studies is 33 years, trans people are not covered, only a third of people are of color, and women tend to represent only 15%; pregnant women, breastfeeding women and children are directly excluded. ‘

“This is something we have to change,” he continued, “we have to find different ways to involve these people and review drug licenses . ”

Finally, Orkin remarked that “it is also important that these long-acting treatments are not only available in the global north, as we have seen in the pandemic with vaccines that made it clear that the rules of the game are not the same for everyone and it is very important that everyone has access to benefit from these long-acting treatments and that this is not just for some countries.

The XVIII Scientific Symposium of Fundación Hupedes, which began today and will run until Friday, September 3, will offer 14 sessions and has the participation of more than 2,500 health professionals and community leaders from all over the country and Latin America.

In addition to Covid-19 and HIV, there will be a debate on communicable diseases and other recent milestones in relation to sexual and reproductive rights, such as the sanction of the Voluntary Interruption of Pregnancy (IVE) law.