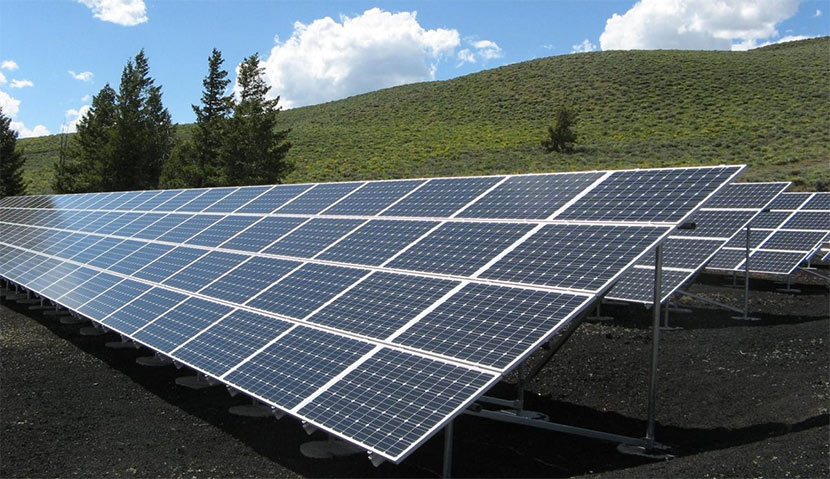 Why is some technology related to renewable energies becoming an export hit and others not? That could be important for future fiscal policy.

EU President Ursula von der Leyen or the German Greens also like to advertise their climate protection programs with arguments for growth and jobs. Economic successes are not a sure-fire success, however, warns the Institute of the German Economy (IW) in Cologne in a new study. “The export success of goods for the production of renewable energy is disappointing,” reads the headline.

IW economists Jürgen Matthes and Thilo Schaefer compare German exports with Chinese exports to the world market. Result: While “China is constantly expanding its export market share”, German sales abroad are only increasing slightly and are even declining in some cases. From this, the researchers derive the advice to invest state money primarily where German companies could claim technological advantages.

The study meets the current debate about climate and financial policy in the coming years. The Greens in particular are calling for an extensive state modernization program worth 50 billion euros annually. IW boss Michael Hüther and other economists support this approach. One of the critics is Veronika Grimm, an economics professor at the University of Erlangen-Nuremberg and advisor to the federal government. She recommends that the state only cares about the legislative framework, while technology decisions and investments are a matter for companies.

The IW study paints a mixed, not entirely negative picture. The German export of solar modules fell from $ 8.5 billion to $ 2.5 billion between 2010 and 2019. Chinese exports also fell, but only slightly from $ 25 billion to $ 24 billion. In contrast, German sales of wind turbines abroad increased from 1.9 to 2.1 billion. Chinese exports in this area grew strongly – from 57 million to almost 1 billion. Nevertheless, the German companies are still far ahead of the competition from China.

According to Matthes and Schaefer, the poor development of solar production from a German point of view was due to the cut in state subsidies in this country, increasing subsidies in China, but primarily to the easy copying of module production.

Their conclusion: local companies can only be successful on the world market if they maintain a technical lead over the competition in their products. This is still partly the case in the manufacture of wind turbines – but it is questionable how long. The larger the plants, the more noticeable the transport costs – which speaks for the partial relocation of production abroad near the wind farms.

Export successes only show part of the economic potential. The internal market and the number of jobs are just as important. It doesn’t look bad there. According to the Federal Environment Agency, 300,000 people were employed in the renewable energies sector in Germany in 2019 – 100,000 fewer than in 2011, but three times the number in 2000. In comparison: 300,000 jobs correspond to almost a third of the jobs in the local automotive industry.