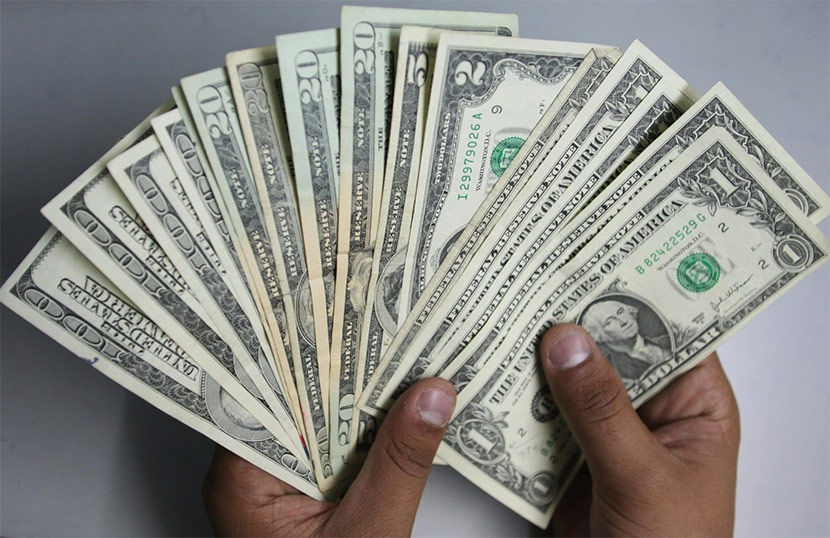 It is possible that interest rates will rise again at some point – first on government bonds, later on bank accounts. In the US town of Jackson Hole, the US central bank could set an example this Thursday. In the EU and Germany, however, savers and investors will have to wait a long time before the development becomes noticeable.

In Jackson Hole, representatives of numerous central banks that are responsible for monetary policy in their countries – for example, buying up government bonds and setting key interest rates – traditionally meet. This year’s meeting last week was preceded by the publication of minutes by the US Federal Reserve. It said that a consensus was developing within the central bank that they wanted to get out of the loose monetary policy soon.

This could mean that the roughly 13-year phase of loose monetary policy could come to an end. Since the great financial crisis of 2008 , the central banks of many countries have been buying up large amounts of government and corporate bonds . These are bonds that governments and companies use to get money from investors. In this way, governments receive large sums of fresh money at low interest rates in order to finance extensive spending programs, among other things in view of the corona crisis.

According to the British magazine The Economist , the rich countries have received over 20 trillion euros (20,000 billion) from their central banks. If this cornucopia gradually dries up, governments like Germany’s must expect investors to charge higher interest rates when they borrow money from the state. Since inflation is currently rising – in the US it was 5.4 percent in July – the Fed may soon follow the first step with a second step: higher key interest rates. Then commercial banks’ interest rates on loans to households and companies would also rise as a result.

Pressure on the ECB is increasing

If so, one can assume that the European Central Bank (ECB) will also realign its monetary policy. “The pressure on the ECB is likely to increase to restrict its bond purchases and raise the key interest rate,” says Stefan Kooths from the Kiel Institute for the World Economy. On the one hand, this also made consumer loans more expensive in this country. The cost of mortgages to buy condominiums and building houses would also increase.

On the other hand, savers would also benefit from it. At the moment, they don’t get any credit interest and watch as inflation decimates the value of money saved. “In the medium term, the prospects will improve that interest rates for savings, for example, will rise again,” estimates Kooths. “The returns on life insurance and private old-age provision contracts could also increase.”

In all likelihood, that won’t happen this year or next. First of all, the Fed should really have to take the two steps. Then it takes time for the ECB to react. And there is another time delay before the commercial banks pass the rising interest rates on to their customers. Stefan Kooths suspects: “It may take several years before that happens.”

The monetary policy decision will also have an impact on the stock market. If the generous monetary policy continues, that would be a good prerequisite for future strong increases in value on the stock exchanges. This effect can be seen in retrospect: the US Dow Jones index has risen by around 40 percent since the beginning of 2019 alone. The German share index is a little more.

On the other hand, stock market prices will be slowed down somewhat if the Fed, ECB and other central banks change their stance. The omens in this regard could already be observed in the past week.

When word got around about the contents of the Fed minutes, the Dow Jones and DAX plummeted . Because of the upcoming conference in Jackson Hole, there is a certain reluctance, said Christian Kahler, head of equity strategy at DZ Bank.

Because if the central banks buy fewer government bonds, the states have to offer higher interest rates in order to get rid of their papers. This can make bonds more attractive compared to stocks.