calaid.co.uk
Home News The story of the former minister of Afghanistan who works as a... 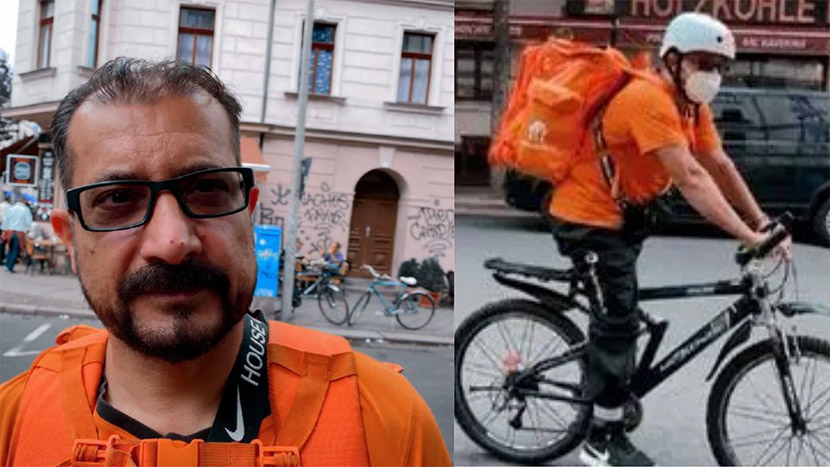 “I hope that other politicians will also follow the same path, working with citizens instead of hiding,” added Sayed Sadaat.

Just two years ago, Sayed Ahmad Shah Sadaat was a key and influential person in the great-power struggle for Southeast Asia.

As Afghanistan’s Minister of Communications, he negotiated with China to put the SaarcSadaat Satellite, (named after the South Asian Society for Regional Cooperation) into orbit, and ended collaboration with India and its Afghansat-1 transponder program.

From his office, Sadaat switched 45,000 landlines and gave access to mobile networks to around 10 million people in Afghanistan, until his position in office was weakened and he resigned in 2020.

Sadaat says that some in his country criticize him for having accepted such a job after working for two years with the government. But now he doesn’t care, a job is a job: “I have nothing to feel guilty about,” Sadaat said, standing in his orange uniform, white helmet, and bicycle.

“I hope that other politicians will also follow the same path, working with citizens instead of hiding,” he added.