calaid.co.uk
Home Business The tough job of the couriers 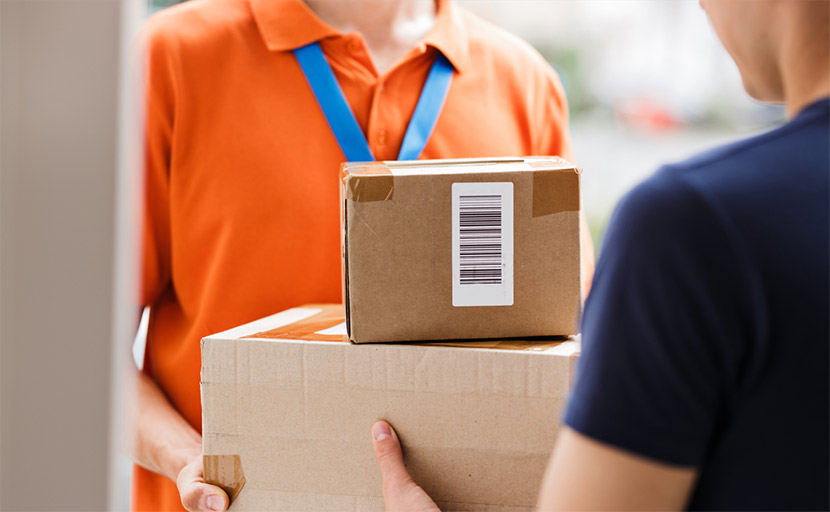 No or only temporary contracts, constant monitoring, and poor pay: many delivery service couriers complain about their working conditions. But they are becoming more and more a competitive factor.

Delivery services have become firmly established in recent years. They bring customers their wishes home within a few minutes and create flexible workplaces such as mini-jobs. But there is a downside: Even when it rains or storms, the riders have to deliver food and other orders by bike under time pressure. One of these so-called riders was Orry Mittenmayer until four years ago. “The everyday life of a rider is a tough job, you drive between 100 and 120 kilometers a day. You can easily get to almost 1,000 a week,” he says of his time at Foodora and Deliveroo.

The providers are repeatedly criticized for their working conditions. They are accused of strict performance and behavioral controls and payment just above the minimum wage. Drivers have costs because they use their own bicycles and cell phones, but they are only given fixed-term contracts. “The fixed-term relationships ensure that the workforce thinks twice about whether they want to organize themselves at all and defend themselves against the terrible working conditions,” said Mittenmayer in an interview with tagesschau.de and the ARD stock exchange editorial office. The contracts for six months or one year are a simple tool for employers to “get rid of annoying drivers”.

Works councils can also be prevented as a result. Its members are protected against termination, but not before the end of the contract. Mittenmayer’s employment contract, once chairman of a works council that he set up himself, was not extended. Together with the food-enjoyment-restaurants union (NGG) and a colleague, he finally founded the “Delivering at the Limit” initiative to make the public aware of grievances.

Rapid growth as a program

Order dinner or weekly shopping spontaneously with one click and have it delivered in a few minutes – that is what services such as Lieferando, Foodpanda, Gorillas, Uber Eats, Wolt, Getir or Flink promise. The business models are based on the so-called “platform economy”. The providers advertise that they make customers’ lives easier by taking third-party products from A to B.

The goal is to get bigger and bigger. “You want to have as many customers as possible so that you displace your competitors,” explains Daniel Saurenz from Feingold Research to the ARD stock exchange editorial team. For this, you have to accept the price of immense losses. Because the drivers, waiting times, storage capacity and numerous marketing campaigns that are intended to boost growth mean high costs.

This is also shown by Delivery Hero’s half-year figures. Despite an increase in orders of more than 80 percent, the bottom line for the company, which is also back on the German market under the Foodpanda brand, was a loss of 918.1 million euros. One reason for this: the massive investments in the young business field of fast delivery of supermarket items.

CEO Niklas Östberg wants to compete with startups like Gorillas and Flink. These are currently conquering major German cities and are inspiring investors. Gorillas raised $ 290 million in venture capital in March. The Berlin company charges a delivery fee of 1.80 euros and attracts customers with rock-bottom prices. The last time supermarket giant Rewe got involved with rival Flink . Especially in the Corona crisis, when home office and living in your own four walls became part of everyday life, delivery services got a tailwind.

During the first lockdown alone, according to a study by the industry association Bitkom, almost 44 million Germans ordered their food online. More and more purchases were being made from home. According to management consultancy Oliver Wyman, grocery delivery services in Germany took in around four billion euros in 2020 – more than twice as much as in 2018. If demand remains stable, a market volume of almost nine billion euros is possible in a few years.

But the market is competitive. In order to end up as a winner, the delivery services spend gigantic sums of money and at the same time lower the fees – often at the expense of the rider, often people with a migration background, students or self-employed people. “Some of the employees have to get work equipment such as bicycles and cell phones themselves.

That costs an incredible amount of money and effectively undermines the minimum wage,” reports Mittenmayer. In addition, the control of the riders is very opaque, said the unionist. Many felt they were being watched. There are now protests again and again. In July, for example, courier drivers from the start-up Gorillas demonstrated. Federal Labor Minister Hubertus Heil (SPD) visited employees and listened to the allegations. The Berlin Senate Department for Labor and Social Affairs then initiated fine proceedings for violations of the Occupational Safety and Health Act.

Gorillas reject the allegations. See yourself as a good employer. Delivery Hero, who, according to media reports, is about to join Gorillas, wants to set itself apart from the competition in Germany with better conditions. “Without us being an attractive employer for the drivers, our business model will not work,” said Foodpanda boss Artur Schreiber the “Handelsblatt”. “The conditions are not the same for all delivery services,” admits Mittenmayer.

Lieferando, the German subsidiary of the Dutch industry giant Just Eat Takeaway and the top dog in this country with almost 12 million customers, has now announced that it will offer its 10,000 bicycle couriers permanent contracts. This should also apply to newly hired employees. With this step, the aim is to set a new industry standard, according to Takeaway Express boss Alexander Linden.Union leader Mittenmayer welcomes the move: “For most drivers, it makes a huge difference whether they are in temporary employment or not.” Many of the couriers are also migrants. “The residence permit is partly linked to work. The moment the contract expires, they can be deported.”

But does this also change anything in the general work environment? “Personally, I don’t think so. Ultimately, the framework conditions have to be changed,” says the founder of “Delivering at the Limit”. However, in view of the fierce competition, companies are under increasing pressure to retain staff over the long term. “The catering industry can no longer find people, and in the competition for jobs it could be that the delivery services have to offer a little more,” says Otto Strecker from the AFC Consulting Group, a management consultancy for the food industry. From a legal point of view, delivery services are sometimes under pressure to act. Two plaintiffs in Frankfurt recently had success.

The Hessian State Labor Court approved a rider and decided that a bicycle and a smartphone including the necessary data volume must be made available to him for his work. In addition, a credit of 25 cents is required for bicycle repairs for every hour worked, the court ruled in June.Low prices are a critical point. “Personally, I don’t think that you can cover costs for a delivery fee of 1.80 euros, even under even worse conditions,” says Strecker. Better working conditions may only come about when the advertising battle is over and the first competitors exit the market. The business model will only be viable when the delivery services are linked to supermarket chains and can thus buy the products cheaply in large quantities. Shopping is currently too expensive – and the margin for groceries is low anyway.