calaid.co.uk
Home Travel Why a vacation would be nice 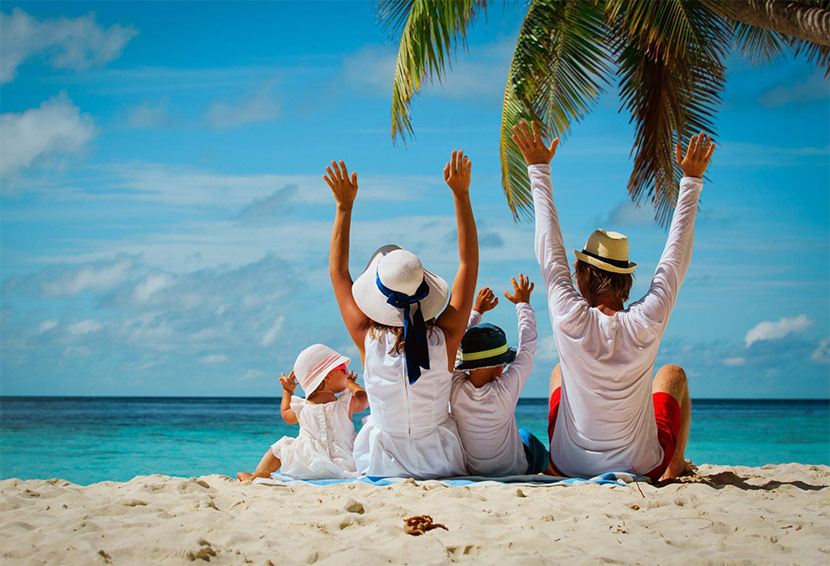 1. Because travel promises the opposite of lockdown

Of course, you can travel in your head, watch documentaries about distant countries. It is not a bad thing to be faced with borders that are believed to be outdated or to have to stay at home for a year as a result of epidemic control measures. But there is no travel. Different cultures, smells, habits, different landscapes, different people, sun, beaches stimulate our senses. Try something that has never been done before. Freedom of movement and intense physicality, encounters. This is exactly what we long for in times of the necessarily reduced world and movement radius.

2. Because travelling opens your eyes

Tourism has expanded people’s space of experience and made contacts possible that would previously have been unimaginable. The Federal Republican stench of the 1970s was only aired through the emergence of mass tourism at that time. Olive oil was added to clarified butter. But not only the German cuisine was enriched by Mediterranean food: the view was also broadened, foreign for the first time also positively occupied. Even the minimum knowledge “They are almost like us” allowed many Germans at the time to get involved with Italians or Spaniards for the first time, whom they mostly perceived as guest workers at home in their own country.

And then there were all the Indians and Baghwanis in search of self and freedom. Even if they may not have found paradise or enlightenment, they did step onto new shores. And if they haven’t got stuck on a trip, they may have taken the step of putting themselves into perspective. That would still be a good virtue to travel today.

3. Because travelling has become a habit

Travel is part of the habitus of the affluent middle class, worldwide. They find their better home in selected places on the planet: whether in the wellness resort, on a cruise, in the second home, on safari or in the party zone. They are travellers who are sociologically placed, for example by Andreas Reckwitz, in the new urban and cosmopolitan middle class. And use this “globality in all its facets as a resource for the development of the ego”.

4. Because travel is important for many people and regions

Yes, tourism has ruined landscapes. But it has also promoted modern infrastructures. In some cases, it has spread penetratingly in traditional living spaces, but it has also eroded the traditional structures of rule and power that existed there. For example, by enabling and promoting regulated employment relationships and emancipation processes for women – most jobs in the industry are carried out by women, even if often under precarious conditions.

Today tourism is an indispensable cornerstone of the economies of many countries and prevents poverty. Aviation is a climate killer, but without mobility, there is no internationality and no global society.

5. Because staying at home is not a solution either

Travel is the new smoking: it has fallen into disrepute as an addictive consumer good and a climate killer. In view of the climate crisis, flight shame should blush anyone who books a long-haul trip three times a year just for a change. Climate responsibility would be a necessary paradigm shift, including when traveling. Tourism-critical portals recommend longer, more intensive, less often for long-distance travel.

New travel culture is urgently needed. When current voices on the corona lockdown such as those of the historian Valentin Groebner, the sociologist Hartmut Rosa or the philosopher Richard David Precht also see an overdue break in the current standstill, they express their discomfort at the extreme acceleration in tourism. The overflowing commodity character of tourism cannot be overlooked in the overflowing over-tourism. You don’t have to have been everywhere.

Kant is quoted again and again by the apostles of renunciation and those who don’t like travelling. He has penetrated the world without ever leaving Königsberg. Praise for his intelligence and literacy. But not everyone finds fulfillment in these Protestant virtues. Thanks to the lockdown, however, we could practice weaning against the unlimited travel addiction and new forms of cosmopolitanism without giving up.

Vacation without a plane? Stay on the ground